Mosque plans on display at library 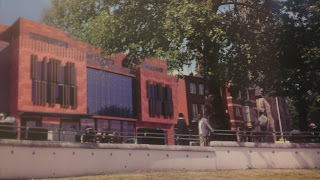 Plans for a new mosque building on it current site opposite Streatham Green are on display this week in Streatham Libary.

The proposals from South London Isalmic Centre for a better equipped space for prayer along with a café, meeting halls, classrooms, gymnasium, inter-faith library, funeral services and a nursery, are currently seeing planning permission from Lambeth Council.

SLIC is seeking views from the wider community on their plans. Currently space for prayer and meeting is very cramped inside the former fire station with many having to kneel to pray outside in its carpark.

Around 1600 people attend Friday prayers currently and there had been concern locally that a beautiful new mosque building would attract greater numbers and increase traffic congestion around Mitcham Lane and St Leonard's Junction.

At a meeting of Streatham Action's transport committee last week, Chair of the SLIC's trustees, Mohammad Aslam Ijaz, gave reassurances that the new building would provide better and more suitable facilities inside, reducing the need for people to spill out onto the pavement. He also confirmed results of a travel survey indiciating that 17 per cent of mosque users currently travel by car. 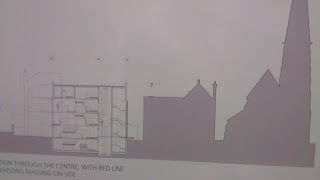 He said the vision for the new building was that it would provide a safe, open and friendly space for the wider Streatham community, with non-Muslims welcome to use its facilities. 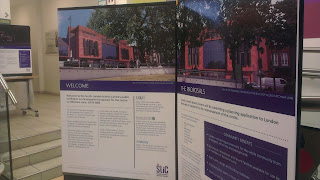 The plans will be on display at Streatham Library until Monday 3rd October and can also be seen - along with a Q&A online here.

Feedback from local people is actively sought. You can contact the mosque with your feedback here.