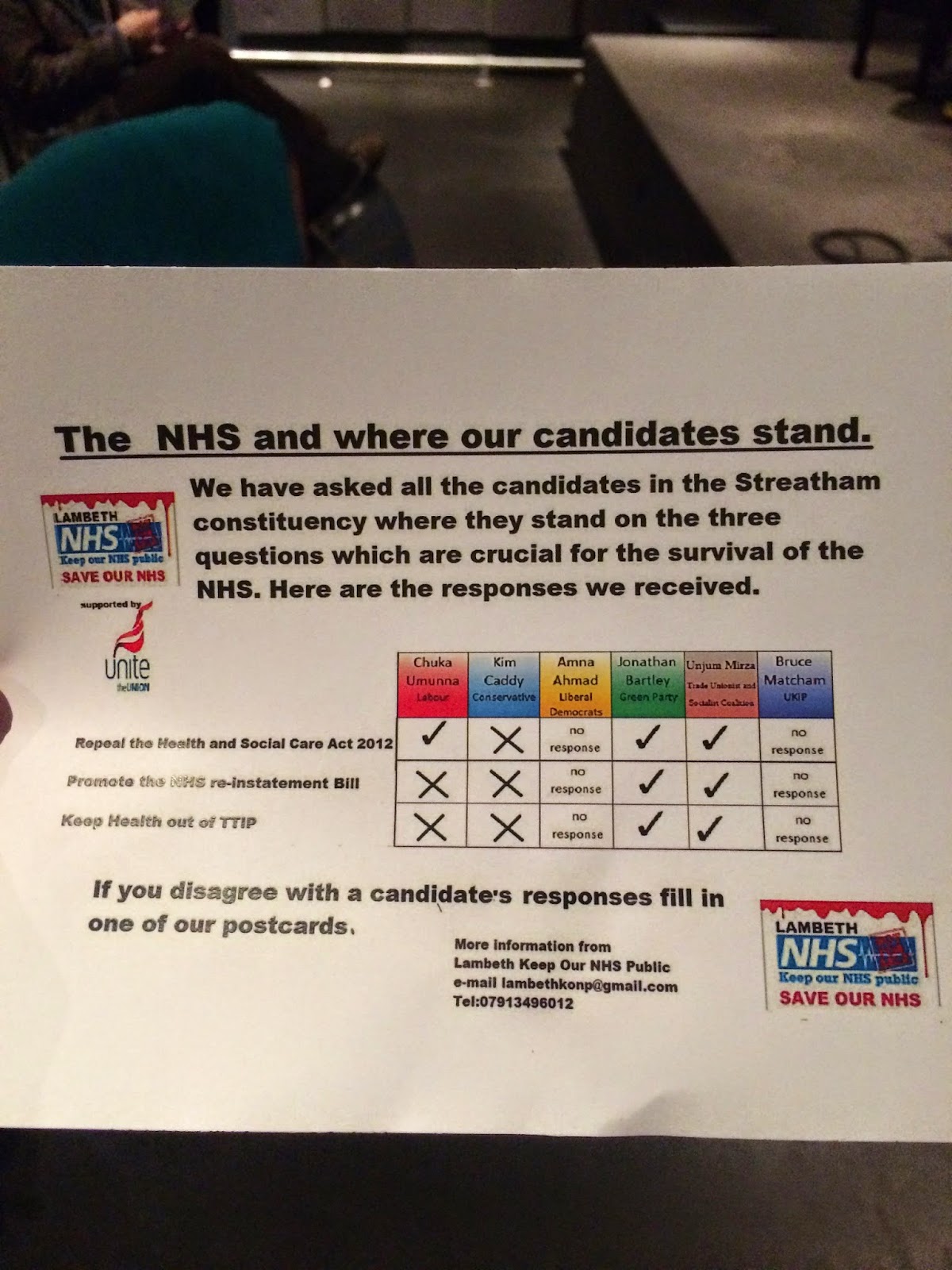 Posted by Jonathan Bartley at 16:53 No comments:

Petition to bring Streatham railway services back into public hands 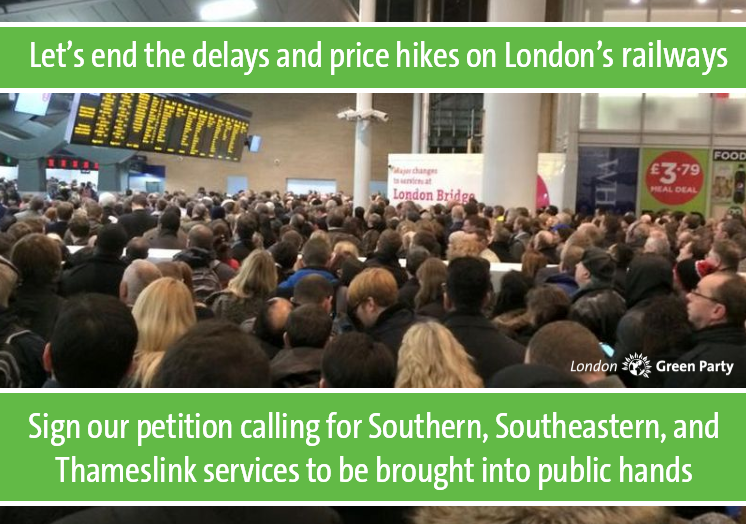 Commuters from Streatham's railway stations are understandably sick and tired of the poor service they receive.

We have launched a petition today, calling for:

1. The Management of London Bridge Station to come back under TfL

2. Southern, Southeastern and Thameslink franchises to come back into public ownership

The Green Party is the only party calling for the railways to come back into public hands, with Labour still supporting the right of private companies to bid for rail franchises.

You can sign the petition here.
Posted by Jonathan Bartley at 10:37 No comments:

Today, I was lucky enough to accompany Jonathan Bartley, Green Party candidate for Streatham, to a visit to The Spires centre. Spires is a South London based charity that helps hundreds of homeless and disadvantaged people all year round. They work to improve the quality of life of people who are homeless, insecurely housed, unemployed or suffering from the effects of poverty, mental ill health and loneliness.

Jon and I were given a tour of the services and given a chance to meet and have a chat with some of the people who use the services on offer about their concerns and needs.  It was clear just how invaluable the centre is to the clients there, with people telling us that they travel from as far away as Croydon and Vauxhall in order to get help there.

The range of help on offer is diverse and staff said that it was never just one problem that resulted in homelessness for their clients, but a range of different issues, all contributing to their situations.  They told us that the problem of homelessness needs to be tackled holistically.  Staff also told us that they were seeing ever-increasing numbers of people accessing their services, the problem being exacerbated by lack of access to affordable housing, with the uncontrolled housing and rental market in London, zero hours contracts and drastic cuts in rough sleeping and substance misuse services. Spires offers a range of help and developmental services through the centre and also holds outreach sessions, enabling users of the centre to move away from the chaos of the streets and towards greater lifestyle stability for a more hopeful future.

Some positive news from the visit was that the centre is now offering a Volunteer Training Program, helping people back into work, to enable them to help other people who have faced the same problems in their lives.  Lucy Barrett, Director at Spires Centre, told us that the next round of 12 trainees were due to commence their course shortly and that they have had a great rate of success with it in helping people into work and to get their life back on track.
Jonathan spoke with staff and service users about the Green Party's belief that society should guarantee access to basic material security for all and that it was very worrying, just how little value the other parties seemed to place on the needs of people who are in difficult circumstances.
Jonathan, along with Cllr Scott Ainslie, will be returning to Spires on 26th March, to contribute to the centre's Active Citizenship program, encouraging service users to register to vote and engage in the political process in order to get their voices heard.

It was great to be at the official opening of Streatham's new police base this week.

It was the culmination of years of campaigning, to get a decent base that was fit for purpose and accessible to the whole community.

In May 2013, we finally secured the commitment from the Mayor of London (via London Assembly Member Jenny Jones) that the old police station would remain open until the new one was built.

But even during the local election campaign last year, the issue was still hotly contested.
Posted by Jonathan Bartley at 14:33 No comments: 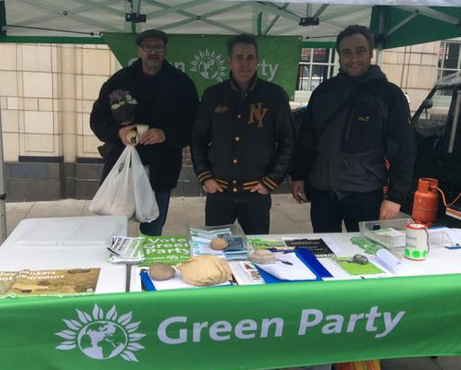 We ran another stall at Streatham Green Market yesterday, and collected another couple of hundred signatures on our petition for cleaner buses on Streatham High Road.

There are more details about the campaign to clean up the buses here.

If you haven't had access to a paper copy of the petition, you can sign it online here.

Thanks to Joanna for organising the stall, and to everyone who helped out during the course of the day!

The first stage of our air pollution monitoring project ends tomorrow, and we will be collecting in the diffusion tubes that have been placed around the local area, and sending them off for analysis.  We will update you on the results!

Green London Assembly member Jenny Jones, also tabled a question to the Mayor of London about his plans for hybrid and electric buses on local routes, last week.  We should get a response in the next week or so.

Posted by Jonathan Bartley at 12:11 No comments: