Six caught speeding in just over an hour on Streatham Hill

A police speed enforcement operation in Streatham last Friday recorded motorists doing over 50mph in what is a 30mph zone - and issued six speeding tickets in just over an hour.

The Green Team's Nicole Griffiths and other members of the Safer A23 Campaign worked with traffic officers to identify stretches of the A23 through Streatham where speeding is a particular problem.

Longer term, campaigners are calling for a re-design of the road through Streatham to deter motorists from driving at dangerous speeds and a reduction in the speed limit.

The risk of death from being hit by a car rises massively with speed of the vehicle.

According to collision figures for 2015[i], Lambeth has the highest number of road casualties on TLRN roads (821) and the most collisions resulting in death or serious injury (56). TLRN roads account for 58.6% of all road casualties in Lambeth and 56.6% of all fatal and serious injuries.
Nicole said: "It's tragic that Lambeth currently has the highest number of casualties on main roads in London.

"We need to change our thinking about how we move traffic through highly-populated areas like Streatham and the top priority must be preserving human life. We shouldn't have to take our lives in our hands every time we need to cross the road."

Have your say on Estreham Rd closure trial

The closure of Estreham Road to northbound traffic as part of the Quietway 5 cycling route is coming to the end of its six-month trial periods.

Lambeth Council and Sustrans want to hear your views on the scheme. 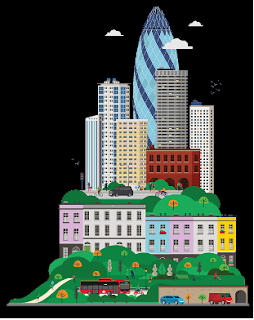 Congratulations to the volunteers who turned out to clean up Potters Lane alleyway and footbridge neaer Streatham Common station at the weekend.

The area, which is owned by Network Rail, is blighted by fly-tipping and anti-social behaviour. The litter problem has worsened since bins were removed.

Streatham Green councillor Scott Ainslie is this week raising the issue with the officers responsible  for rubbish collection and fly-tipping and will report back.

Cllr Ainslie has requested bins are reinsituted and regular sweeps made by rubbish collectors, to avoid residents having to undertake this potentially hazardous work in future.

+16Cases are referred to court, where offenders can be fined up to £50,000 in magistrates' courts, an unlimited amount of fines in crown courts, as well as community punishment orders or prison sentences of up to 5 years.