At last the promise of 20mph borough speed limit 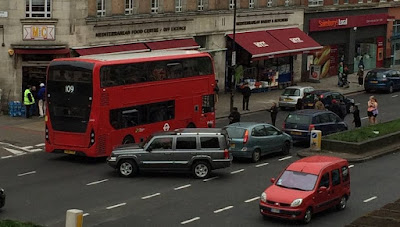 Streatham Green Party has welcomed Lambeth Council’s decision to put in place a borough-wide 20mph speed limit to reduce the high level of deaths and injuries on the roads.


“Nine years after Green councillors first proposed a 20mph limit it is great news that the council will finally take this long overdue step,” said Jonathan Bartley, one of the Green Party's spokespersons for Streatham.

Jonathan continued: “There are many more measures Lambeth and Transport for London need to take to return our streets to our local communities. Red Routes will not yet be included in the borough-wide limit and speed limit enforcement is key, along with redesigning road layouts in some of the danger spots such as along the A23 in Streatham.”

Average speeds measured by TfL over a week on the A23 north of Streatham Hill station found around half of all vehicles were speeding.

Latest figures show that more people are dying in Lambeth from road traffic collisions than anywhere else in Inner London, making it London’s deadliest borough.  Lambeth also has the third highest figures for serious injuries.

On July 20th Lambeth’s Cabinet Member for Environment & Sustainability Cllr Jennifer Brathwaite is expected to confirm a proposal to spend £700,000 from its annual Borough Local Implementation allocation from Transport for London to implement the scheme with street signs and road markings from April 2016. Traffic calming measures are only proposed if speed limits appear not to be observed and further funding becomes available.
In 2006 then Green Councillor for Herne Hill ward, Rebecca Thackray first raised the issue of traffic calming in 2006 and the party has continued to put pressure on Lambeth.

At the end of 2010 Lambeth Council said it aspired to have a 20mph borough-wide limit. It then appeared to change its mind in 2012 but after campaigning by the Green Party recommitted to it in 2013. The Labour Party amended a council motion in July 2014 tabled by the Green Party councillor Scott Ainslie, removing all references to a timetable for implementing a 20mph limit.

Green Party members are part of a new community campaign group dedicated to improving safety on Streatham High Road and Streatham Hill. The Safer A23 in Streatham campaign is calling for the 20mph speed limit to include the Red Route, plus urgent works to upgrade the road north of Streatham Hill station and reclassification of the road as a high street prioritising the needs of local people and businesses.