Have your say on threatened closure of Streatham's police base


Mayor of London Sadiq Khan is consulting on plans to close all Lambeth's police stations, except Brixton and Gipsy Hill. The police base in Streatham, opened only two years ago at the cost of £500,00 would be lost, under the mayor's plans.

See the plans and have your say here.

Local dad and Green Party co-leader Jonathan Bartley has launched a petition to save Streatham's police base. 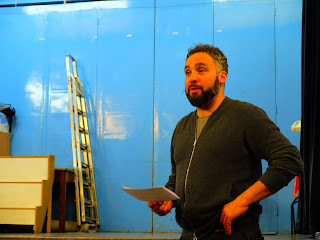 Confidence in council home safety will only be restored if all fire risk safety assessments are published, said Green Cllr Scott Ainslie in a motion to Lambeth Council in July.

In March, it was revealed that disciplinary action was underway against Lambeth housing officers accused of giving misleading information about fire and electrical safety risk assessments in Lambeth.

“More than 30,000 Lambeth council tenants need to know corners have not been cut with their safety” said Cllr Ainslie.
Posted by Chris Holt at 12:59 No comments: