They are open to all and there is no need to prepare.

The next show will be performed in early November (subject to venue arrangements). It's based on a Sherlock Holmes radio play and has been adapted and enhanced by Frances Bruce who has recently become the company's Artistic Director.

Set in the radio studio during the special live anniversary performance of a Sherlock Holmes story, the tensions and conficts between the members of the cast and production team which have built up during the long running series come to a head. The off-mic drama threatens to interfere with the live braodcast, but whatever happens the show must go on...

There are a range of parts in both the radio cast and the production team with flexibility in age and sex.

Audition pieces will be provided so you don't need to prepare, but do bring details of any dates when you won't be available from now until mid-November.

The auditions are free and open to members and non-members, but if cast you will need to join Streatham Theatre Company.

I'll be speaking tonight at the Safe and Secure Streatham event at St Leonard's Church about the progress of the CitySafe scheme run by London Citizens, to provide Safe Havens for young people in the local area. You can find out more about the scheme here.

The meeting tonight is being organised by community forum Streatham Action, and begins at 7.00pm. All are very welcome to attend. There will also be updates on the new Wardens on the High Road, and plans for some of Streatham's Green spaces including Streatham Green and Streatham Common.

Posted by Jonathan Bartley at 17:25 No comments: 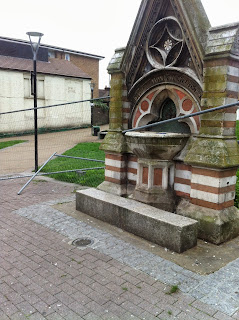 The relevant person at the council responsible for the green is currently on leave, so we have contacted the parks department.We will post an update here as soon as we have one.
Posted by Jonathan Bartley at 17:46 No comments:

There's a great selection of events going on at the moment as part of Streatham's Little Big Peace festival.

One not to miss is the London Contemporary Voices (LCV) at St Leonard's Church this Friday 20th September at 7.30pm.

LCV are a modern forward-thinking mixed voice choir. From singing with Mercury winners Alt-J to playing massive concerts at the Royal Albert Hall with Imogen Heap to small intimate settings this bold and unusual choir are 100% worth catching wherever they play.

PLUS you will also have the pleasure of hearing the wonderful local St Leonard's Church Choir...

Don't miss this evening of fabulous voices - all for just £2! More information and booking here.
Posted by Jonathan Bartley at 10:14 No comments: 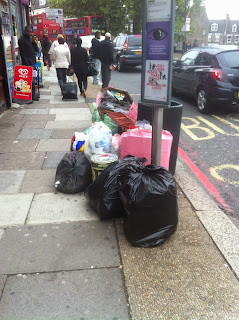 We have asked Lambeth council again to make more regular inspections and clean the area around Streatham Green on Mitcham Lane.

In some places there are so many rubbish bags that they are blocking the pavement and the areas around the bus stops. They are quite often there for days before they are collected.

Here are some of the pictures we took recently in this area: 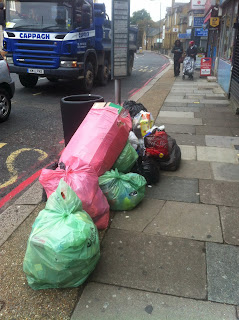 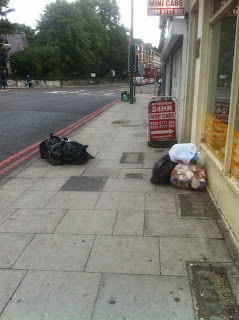 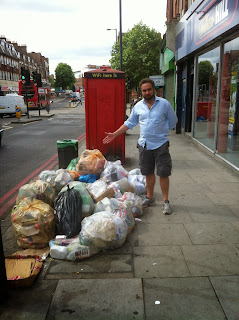 Posted by Jonathan Bartley at 18:05 No comments: 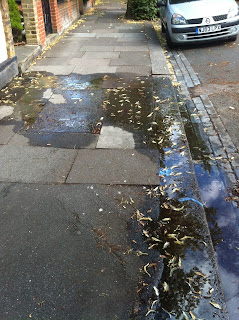 [Update: 16/9/13 We have been told that Thames Water will begin the repair today]
Posted by Jonathan Bartley at 09:24 No comments: