Have your say on key walking and cycling routes 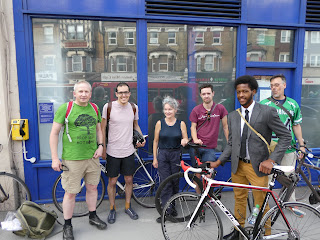 Lambeth Council wants to create more safe routes for walking and cycling - to help people stay healthy, and cut down on air-polluting use of cars for local journeys.

So now is the time to have your say on which routes would be most convenient for you - and which you think could be made safer to encourage travelling on foot and by bike.

From a cyclists' point of view, four key

It's official - police stay in Streatham 'til 2024, but front counter to close

The Greens have secured the commitment of the London Mayor that Streatham's police base will stay open - although Sadiq Khan intends to still close its front counter service to the public on December 14th.

In a written answer to a question from Green Party London Assembly Member Sian Berry, who is deputy chair of the Mayor's police and crime committee, the mayor states: "I can confirm that while the front counter at Streatham police station will be closed - in order to reduce running costs - the building will retain a police presence until 2024."

How would you spend £200k on Streatham Hill? 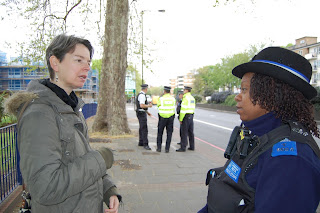 Streatham Hill is in line for a face-lift, with £200,000 due to be spent making improvements to local streets.

Money from Transport for London and a levy paid by property developers will be spent on 'greening' streets with trees and planters, traffic calming and upgrades of roads, pavements and cycle facilities.

The council wants to hear local ideas and views on exactly where and how the money could be spent. There will be two consultation events: Weds 22nd November and Weds 13th December 6-8pm at St Simon & St Jude’s Church Hall, 5 Hillside Road SW2 3HL.

You can also take part in an online survey here.

The consultation ends on 5th January. 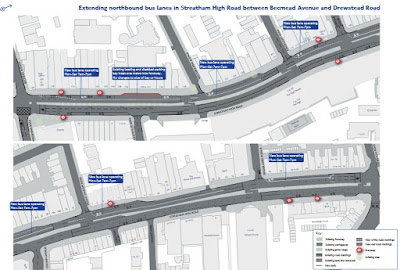 Having received 450 responses to the consultation, with 71% in favour of the proposals, they nnow plan to go ahead - but with slightly different treatment of parking bays.

They are asking to hear views on their new proposals for the parking bays by 13th December 2017.
Read more »
Posted by Chris Holt at 14:38 No comments:

Only four people have been fined for fly-tipping in Streatham, since the council gained powers to issue fines, Green party campaigner Nicole Griffiths has discovered.

Nicole found that Lambeth has the worst record among south London boroughs for fining fly-tippers, with only 35 offenders fined in 16 months - compared to 36 in Merton, 41 in Bromley, 58 in Lewisham, 268 in Croydon, and 117 in just 8 months in Wandsworth. Southwark did not provide figures.

Nicole said: "Flytipping is a blight on our community and these figures show that Lambeth Council is not yet taking it seriously in Streatham. Greens will do all we can to keep our streets clean."

The Green Party has set up a shortcode to make it easier to report flytipping to Lambeth Council: http://bit.do/flytipping (This link is now correct - apologies, previous version didn't).

Lambeth's full response, ward by ward, can be seen here. 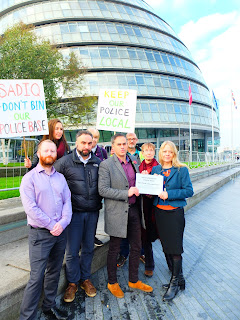 “This consultation has clearly been a short, shallow and inadequate process. It is clear Londoners' concerns have been side lined, with so few changes made to the Mayor’s plans following consultation it raises serious questions about the adequacy and depth of the consultation. Even more concerning is the fact London’s most vulnerable residents, who will be affected most by these decisions, were given so little time to respond.”
Read more »
Posted by Chris Holt at 08:09 No comments: