Lambeth Council has now produced its long-awaited report to try and tackle the environmental crime in Streatham, and more widely in Lambeth.  You can read it here

Section 5 on fly-tipping will be the interesting one to many people.  It contains the surprising statement:


"Fly tipping has been a problem nationally for many years, however, from the table at 1.15 we can see that the problem is reducing in Lambeth"

There is in fact no table at 1.15. There is however a table at 1.19 which shows flytipping waste in Lambeth as follows: 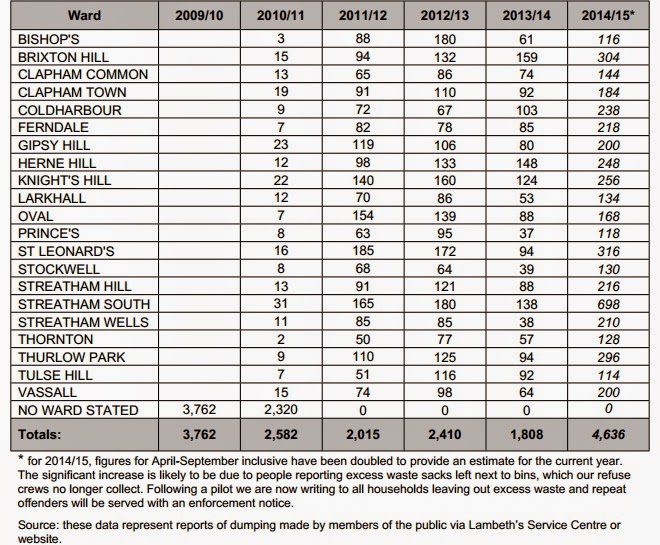 Far from reducing, as residents know all too well, it seems that after a slow move downwards it has suddenly spiked and the estimate for this year will reach epidemic proportions!

But the really interesting part is in the report's recommendations.  In particular:

The background to all this, as the report makes clear, is budget cuts.

It's going to be an interesting meeting on 11th December in Streatham, when the report is discussed.  Do go along and have your say!

(Hat-tip to @jason_cobb for flagging this up here )
Posted by Jonathan Bartley at 18:49