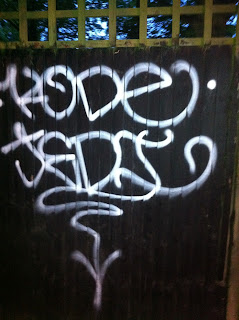 We had quite a bit of success getting the Potters Lane tunnel cleaned of graffiti over the last few months. This is the tunnel by Streatham Common Station which links Conyers Road and Gleneagle Road to the Ferrer's Triangle and Estreham Road.

We have been keeping a regular eye on it and asking Lambeth Council to remove graffiti as and when it occurs.

We have reported some additional graffiti which has appeared on the North Side of the tunnel, by the Youth Centre.
Posted by Jonathan Bartley at 11:57