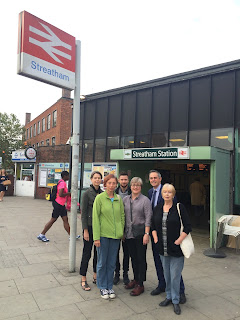 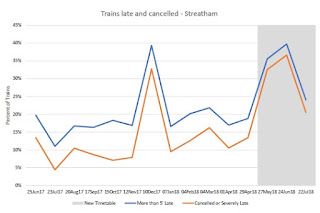 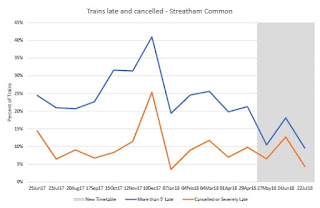 Streatham Common station, 20-25% of trains late in the ten months before new timetables were introduced in May, and 8% of trains cancelled or severely late. The new, reduced service timetable has reduced cancellations and delays. 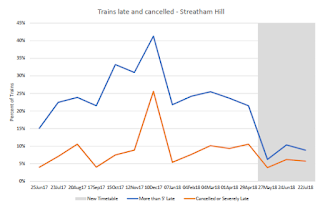 Streatham Hill stations, very similar to Streatham Common: 20-25% of trains late in the ten months before new timetables were introduced in May, and 8% of trains cancelled or severely late. The new, reduced service timetable has reduced cancellations and delays. 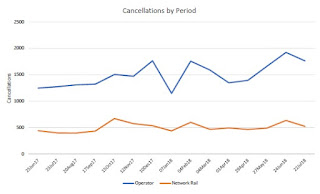 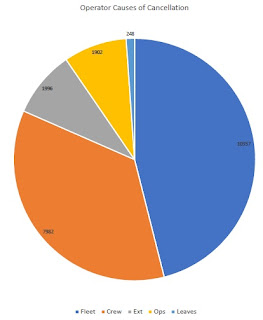 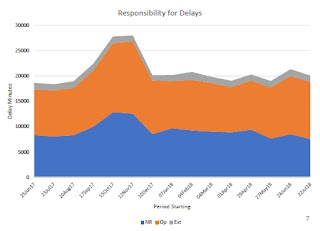 And while Network Rail delays are on a slight decline, operator delays seem to be increasing. 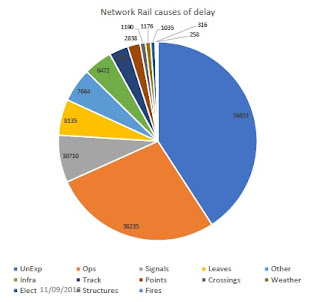 Causes of Network Rail delays
Operational delay is very high - caused by congestion. Signalling problems are another significant factor. The very high number of 'unexplained' delays is another symptom of a congested service - these are delays that are too small to be explained individually. This is normally a small percentage of delay. 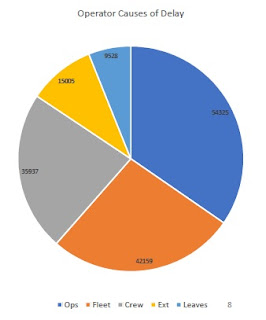 Causes of Operator delays
Operational delay is the greatest factor, which is unusual. Usually fleet and crew would be bigger causes of delays. This suggests operators' systems for running their trains are not working adequately.


Many thanks to transport consultant Pete Johnson  for analysing the data supplied.

Streatham Action is now carrying out a passenger survey to find out what the impact of these cancellations and delays have been on the lives of people living locally. If you would like your experiences to be taken into account, please complete this online survey.

The results will be used to put pressure on decision makers to prioritise improvements to public transport options in Streatham.