Public meeting to raise questions over housing in Lambeth 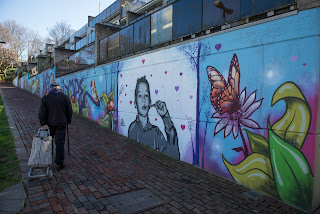 There is an opportunity to question Lambeth Council decision makers over housing issues at a public meeting to be held on Thursday 20th September.

The council has invited contributions from residents at the Overview and Scrutiny Committee to be held in room B6, Lambeth Town Hall at 7pm.


There is much to scrutinise in these three issues. Over-paying of contractors on major works is one of the issues highlighted by the People's Audit in 2017.  And failure to properly consult residents over estate demolition plans landed Lambeth Council in the High Court in 2015.

Streatham St Leonard's councillor Jonathan Bartley, who leads the Green Party group on the council, will be among the councillors asking questions of officers responsible for housing - and hearing concerns raised by residents.

The agenda will be published here 12th September
Anyone wanting to speak at the meeting is advised to give advance notice by email:  gokey@lambeth.gov.uk
Posted by Chris Holt at 12:19