Residents let down by school travel plan - and planning process 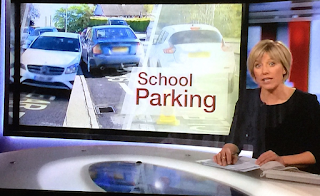 As anyone living close to a school knows, the morning and afternoon drop-offs and pick-ups can be a nightmare for both local residents and parents.

Increased pollution, parking congestion, and risk of collisions are hazards endured twice a day throughout term time. Too often, conflicts arise, tempers flare and the relationship between the school and its neighbours is left broken. Perhaps most seriously, children can be put at risk.

This is one of the reasons schools have travel plans. With air pollution and road collisions high among the causes of death and ill-health throughout London, good travel plans also aim to promote walking and cycling as healthy ways of getting to school - for both staff and pupils.

Local authorities have great potential power and influence over this, and yet in its recent treatment of a new school travel plan, Lambeth Council's planning process has shown itself to be not fit for purpose, says Cllr Scott Ainslie and the Green Team in Streatham.

Streatham and Clapham High School on Abbotswood Road has carried out remodelling of school buildings over the last 18 months. A condition of the permission given for the building work was that "a full Travel Plan shall be prepared in consultation with neighbouring residential occupiers (including resident's associations) and submitted to and approved in writing by the local planning authority prior to first occupation of any part of the proposed development."

All very sensible. According to the school's monitoring, 21 per cent of its 446 pupils and 39 per cent of its staff currently travel to school by car. So local residents would work with the school to produce together a way of dealing with the congestion around the school. This was a great opportunity to improve the choices of those travelling to the school - and reduce the impact of heavy traffic and parking congestion, as well as making the area safer for everyone.

But local councillors were contacted by local residents who felt that they weren't being properly consulted on the new travel plan. And when published, the residents also felt the proposed travel plan didn't really get to the heart of the issues. Whilst, on paper, it had good intentions, there weren't sufficient practical measures being proposed that would make a difference to the streets immediately around the school.

Over the course of the year the relationship between the school and its neighbours steadily deteriorated. So Green Party councillor for St Leonard's ward, Scott Ainslie, offered to mediate. He also called in the decision in to the council's Planning Applications Committee (made up of elected councillors) - rather than leave it in the hands of officers, whom residents felt were unaccountable, inaccessible and didn't understand the local issues everyone faced.

At the end of November, the school met with six representatives of the three local residents associations, planning officers and two of the three local ward councillors. Residents' had their say - and were under the impression that the meeting was the start of a meaningful discussion about improving the school's new travel plan.

But it's clear it was considered that having the meeting was the meaningful consultation and in itself enough to get the travel plan signed off, without having to be scrutinised by the full planning committee. Planning officers have indeed now done this, once again damaging relations between the school and local community.

There is an agreement for residents and the school to continue to meet - but the crucial things missing are accurate data about current modes of travel and agreed targets for reducing car use and increasing more sustainable ways of travelling to school. Then benchmarks could be set and dates by which the school and the community could judge whether those targets are being met. Without these kind of "teeth", the transport plan risks being unfit for purpose.

Councillor Ainslie said: "I will be questioning how effective Lambeth's planning office really is in listening to and serving the needs of the community. In this case it has clearly missed an opportunity to deliver on its objective of sustainable transport to the school - with all the health and environmental benefits, as well as safety, that would have been brought to girls at the school and to the people living nearby."
Posted by Chris Holt at 18:26