Update on state of The Glebe following today's fire 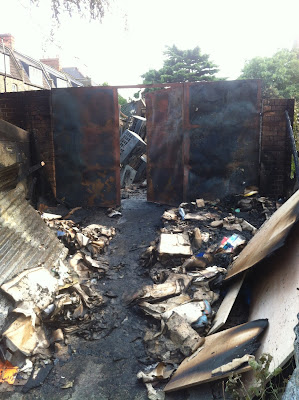 The fire following the explosion today next door to The Glebe was fierce, and the smoke could be seen for miles.

In the aftermath, the severity of the heat is also now clear.

This picture shows the remnants of the shed in which the explosion took place. The roof has gone completely. 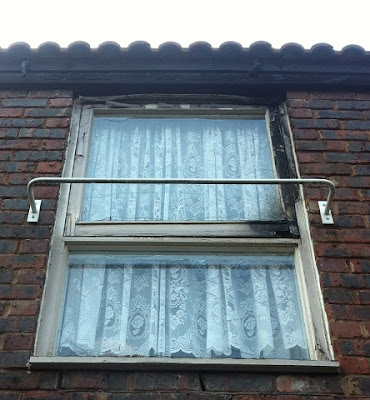 The fire melted the gutter completely at the top of one side of The Glebe, and quite a few of the windows on that side have been cracked. Door frames have blistered around the fire front doors that each property has, as well.

The police kicked the doors in and evacuated the 25 residents on that side of the Glebe, but the other residents were able to stay safely in their apartments. The only casualty appears to have been a policeman who was burned by a piece of falling melted guttering.

The residents who were moved out hope to be back later this evening in their apartments, after the necessary repairs have been made to windows and doors which are still going on now (7.15pm). And despite everything, everyone is in very good spirits!
Posted by Jonathan Bartley at 19:22

Email ThisBlogThis!Share to TwitterShare to FacebookShare to Pinterest
Labels: prentis road, the glebe