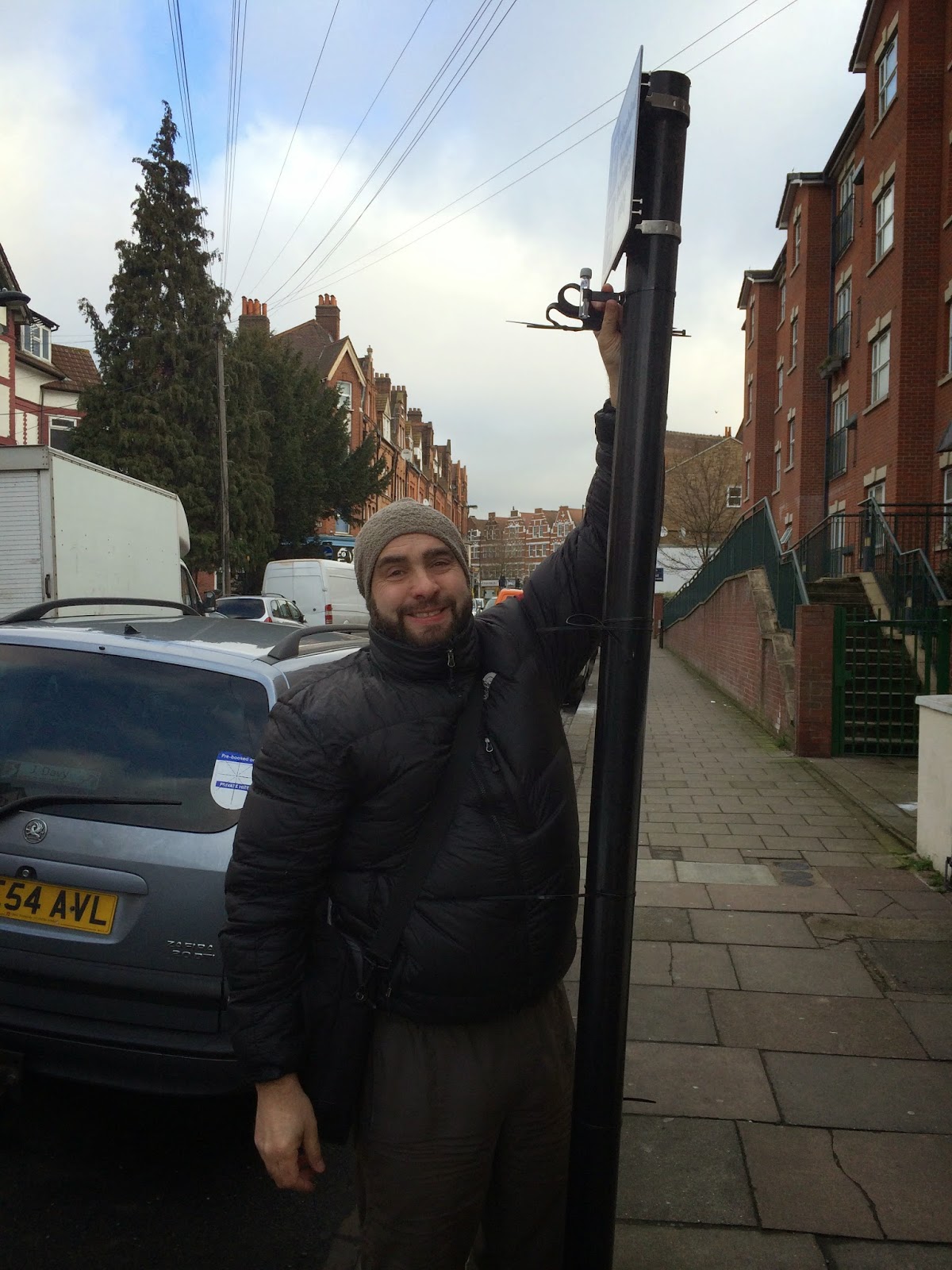 Cllr Scott Ainslie (pictured) and I were out today in Streatham, putting up diffusion tubes to measure the pollution in the Streatham area.

We asked Lambeth Council if they would monitor air quality around local schools, but sadly Labour councillors voted against it.  So we made a bid to the initiative Mapping for Change, which was successful, and got funding to do a community project.

The tubes have been placed in the local area to measure NO2 emissions.  After four weeks they will be sent off for analysis, and we'll be able to identify pollution  levels, and hopefully the hot spots which need to be dealt with.
Posted by Jonathan Bartley at 18:38